The main A55 Dual Carriageway now by-passes many of the seaside towns along this stretch of coast. Penmaenmawr is one of them which is overlooked by its own mountain which has been significantly quarred.

For most of the day some dark clouds hung over this mountain, I thought that I was in for a soaking but the dark clouds stayed put and I even got some sunshine later on.

I leave Penmaenmawr and negotiate the footbridge over the A55, watching the cars going into the tunnels. It was low tide on the River Conwy, so I was able to follow the sand banks up thr estuary to the Marina. Conwy has the smallest house in Great Britain and there was quite a queue waiting to see it.

The castle looks very impressive standing over the river. It was built by the warmongering Edward I after he blungeoned his way through Wales. The suspension bridge was the original entrance into the town built by Thomas Telford.

I walk to Deganwy where I stop for my lunch before taking a walk around the Great Orme, a limestone headland standing straight up out of the sea. It has its own tramway and chair lift to the top starting in Llandudno.

I take the opportunity to call in and see Dennis and Rose who are great friends of mine. I mentioned about a chance meeting with them in one of my earlier blogs. It was great to have a chat and a cup of tea although I did interrupt their Sunday dinner. 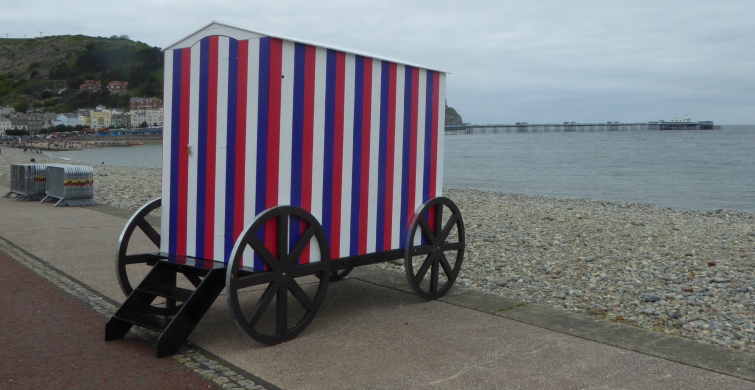