The pretty village of Alnmouth looks quaint with its colourful cottages and when the tide is out the great expanse of beach. The port was important for handling grain but after a violent storm in the 18oo’s the course of the river was changed isolating the graneries.

I cross over the bridge as I leave Alnmouth and share my path with the cycle-route National Route 1 which goes along the east coast from the Shetland Isles to Dover. It is also part of EuroVelo 12 route which also passes through Hook of Holland to Bergen in Norway.

This is certainly a coastline of castles as I come to the town of Warkworth with the impressive fortress overlooking it. It used to be the home of the Percy family but is now maintained by English Heritage.

I pass on, following the coast down to Amble. After the Marina I find a nice coffee shop for my statutory coffee and cake, this time the prices were reasonable. Amble sits at the mouth of the River Coquet and looks like it has had some money spent on developing the harbour area. 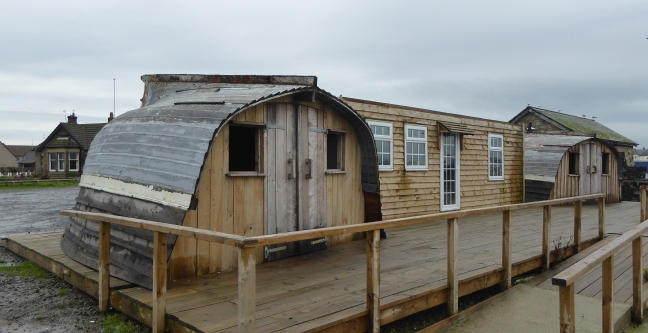 I follow the coastline along to Druridge Bay. All along this coast I have come across concrete pill boxes and  blocks of concrete lined up on the beaches as anti tank defensives. Obviously the boffins thought that it was a possible place for an invasion to take place during the war. 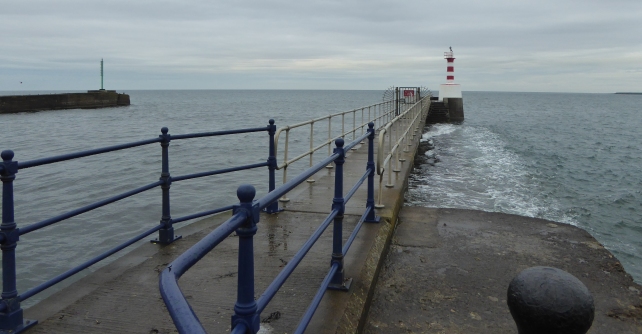 I leave the coast and walk through Druridge Country Park which is a series of Nature Reserves. I continue into Hadston where I need to catch a bus.

A Girl and Her Commander