I continue back on my walking challenge after a short return home to cast my vote in the general election. 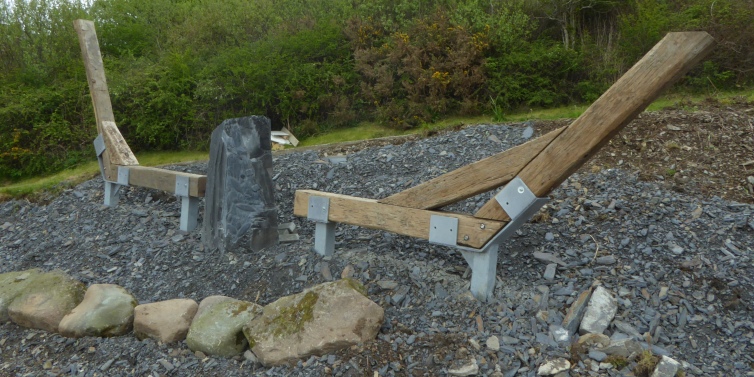 My walk today is along the Ceredigion coastline between two Aber’s with some pretty places inbetween.

Aberporth is a small village with a café, fish and chip shop and a pub. There is also a harbour and a beach.

There is a sculpture at the harbour of a dolphin. Apparently bottlenose dolphins have been seen swimming close to the shore, but not today. I pass a number of small coastal villages including Tresaith with a number of caravan sites and Llangranog which has an activity centre for the Welsh youth movement called Urdd. 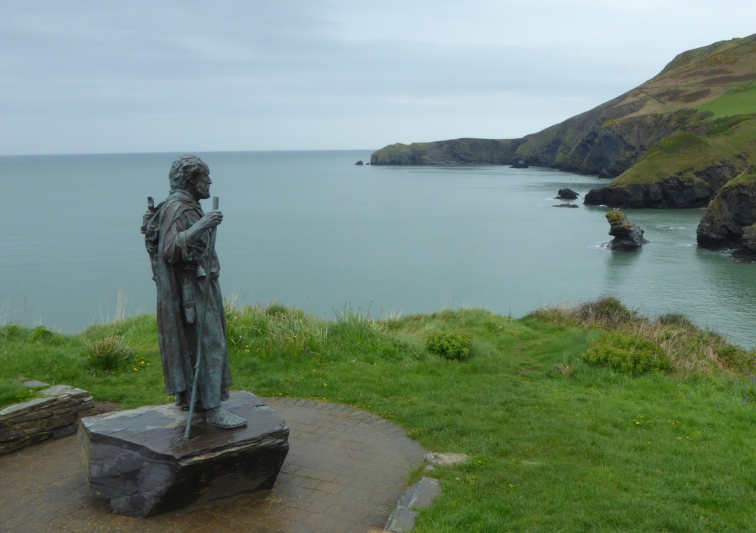 New Quay is a delightful village which used to be a fishing and smuggling port. To me it looked like a Cornish cove. This is another place with a bit of Dylan Thomas history. He came here to live in 1944 to escape the war and London 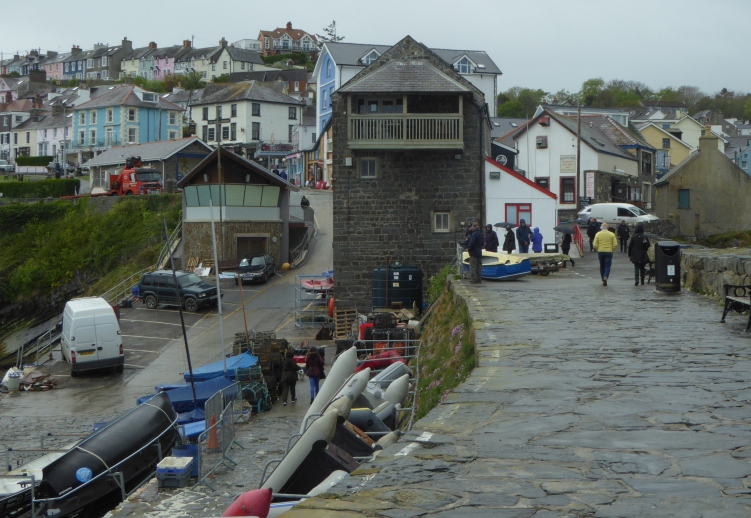 I stayed at the Youth Hostel in Borth where I met Ray Woodhams who was motorcycling around the coast of Britain. He was very interesting and delightful person to talk to, so I hope he completed his journey.